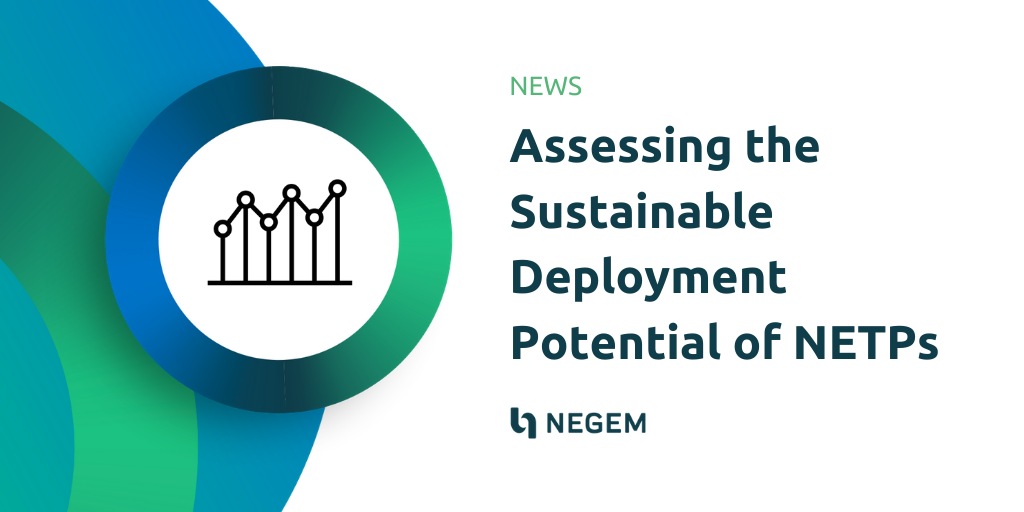 Curbing CO2 emissions to reach net-zero is urgently needed to limit global warming to 1.5°C. Although the strategies designed to attain this target must prioritize emission reductions, a growing attention is addressed towards the potential of Negative Emission Technologies and Practices (NETPs) as a supplementary tool to mitigation strategies. The definition of NETPs encompasses a wide variety of solutions and as s part of the activities of NEGEM, a rigorous sustainability assessment of the most promising types of NETPs is being carried outby researchers Selene Cobo, Antonio Valente, Ángel Galán-Martín and Gonzalo Guillén-Gosálbez at ETH Zurich. In this context, the researchers have first conducted a preliminary screening of the current and emerging NETPs described in the literature, then they have elaborated a series of Key Performance Indicators, in order to screen the NETPs with greatest potential to be further studied in NEGEM.

The study moved from the initial definition of NETPs as those technologies and practices capable to remove GHGs from the atmosphere and to store them permanently in storages. The achievement of net negative GHG balance– i.e. that in the entire NETPs life cycle, the amount of GHGs emitted must be lower than how much was removed –has been confirmed for some of them, while for others further studies are required. The reviewed NETPs were classified in the following three categories:

NETPs relying on the enhancement of the natural carbon sinks. Terrestrial NETPs such as biochar amendment, afforestation/reforestation, soil carbon sequestration, wood burial or above-ground storage, building with wood, have the advantage to be generally easy-to-implement practices. They are currently explored in several NGO projects and campaigns, which are seeking to expand their deployment. Marine NETPs such as downwelling ocean currents, upwelling ocean currents, ocean alkalinization, CO2 extraction from seawater, ocean fertilization, coastal blue carbon still show a low TRL and need further research to assess their effectiveness in removing CO2.

NETPs deploying CO2 capture technologies such as Bioenergy with Carbon Capture and Storage (BECCS) show a relatively high level of technological maturity and consistent results in carbon sequestration have already been achieved. Yet, further development in these processes is required to make BECCS a significant tool for climate mitigation.

In this type of NETPs, chemical reactions between the GHGs and other compounds enable the removal and/or sequestration of emissions. Enhanced weathering, accelerated mineral carbonation, direct air capture and some types of chemical marine NETPs, namely ocean alkalinization and CO2 extraction from seawater, belong to this category.

The reviewed NETPs were ranked according to their deployment potential, in order toselect the most promising ones to be studied in the next tasks.

The deployment potential of each NETP was screened against 3 criteria:

The assigned values for each criterion were combined into a single score and based on that 3 intervals were defined, namely NETPs with low, intermediate, and high potential. In addition to these, the possible unintended impacts (both positive and negative ones) of NETPs were also considered to build the final ranking.

In the next months the selected NETPs will undergo a rigorous sustainability assessment based on a detailed set of techno-economic, environmental and social Key Performance Indicators, to support decision-makers in planning for their sustainable deployment considering a wide range of metrics.

Learn more in this video

PrevPreviousTaking Stock of Scenarios with Negative Emission Technologies and Practices
NextStockholm Exergi: One Step Closer to Full Scale CDR through BECCSNext
XWe use cookies on our website to give you the most relevant experience by remembering your preferences and repeat visits. By clicking “Accept”, you consent to the use of ALL the cookies. In case of sale of your personal information, you may opt out by using the link Do not sell my personal information. Read MoreRejectAcceptCookie settings
Manage cookie consent